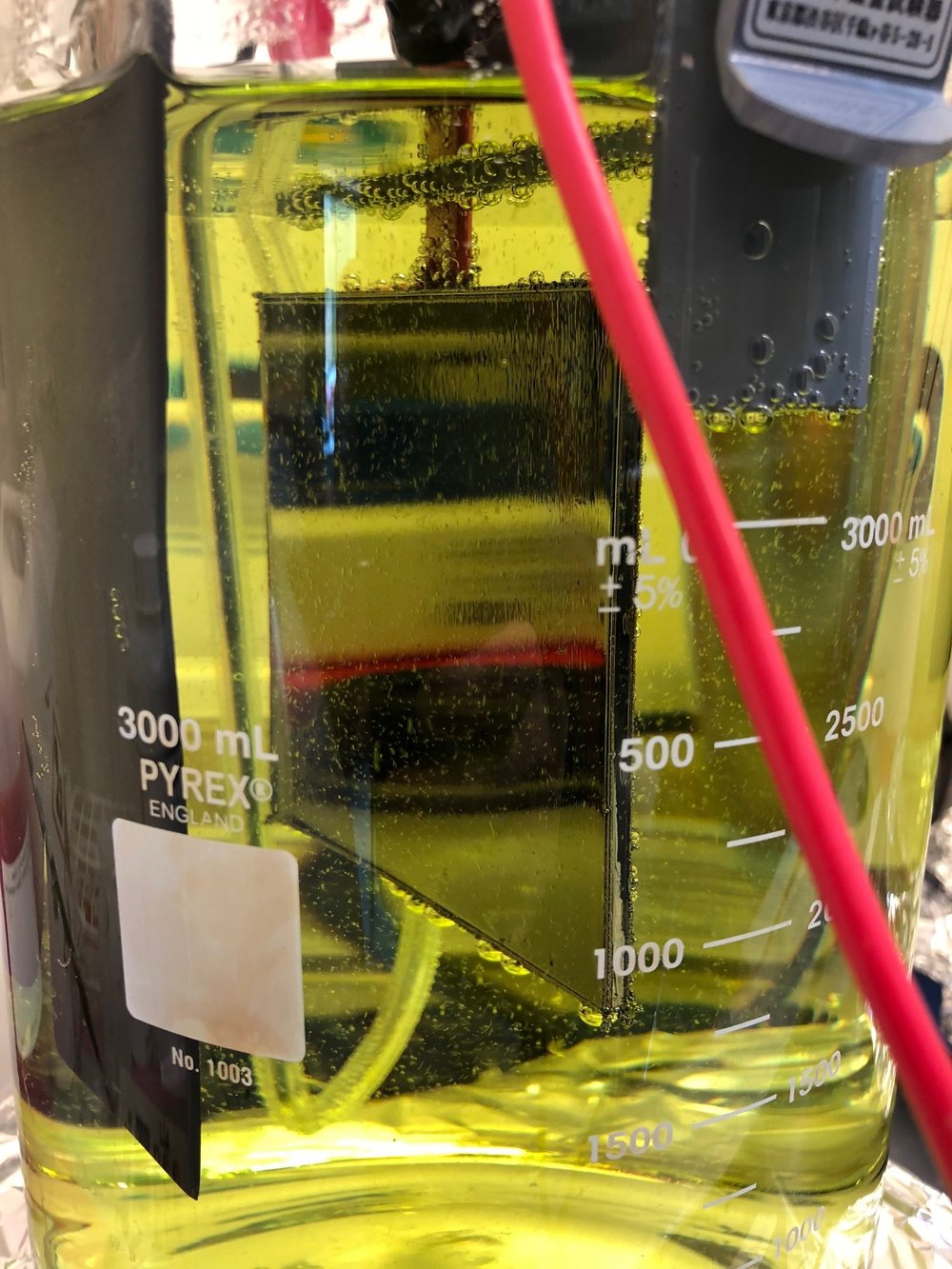 Strong concerns about the harmful effects of selected chemicals on humans and eco‐systems have resulted in chromium trioxide being on the list of substances included in Annex XIV of REACH ("Authorisation List"). The ban has huge consequences for the traditional hard chrome plating as the predominant current process to produce hard and wear resistant coatings for the aerospace, automotive, drilling and military industries.

Already in 2014, the need of environmental friendly alternatives to hard chrome encouraged the Danish hard chrome plater a. h. nichro Haardchrom, in collaboration with the Technical University of Denmark (DTU) and with financial support by the Danish Ministry of Environment and Food, to investigate the potential of novel types of coatings. Without compromising for neither the excellent coating properties nor the ease of a straightforward deposition technology, electroplating of iron-carbon coatings revealed promising results and a PhD project on surface engineering of Fe-C coatings was started in 2017. The project is a collaboration between the Technical University of Denmark and the companies a. h. nichro Haardchrom (Denmark) and OCAS NV, ArcelorMittal Global R&D Gent (Belgium) and it is further supported by the societal partnership; Fast Track - Materials Solutions (Denmark).

Although electroplating of iron has been developed a century ago, it has mainly been used for localized reparation of worn surfaces and its full exploration and application as a cheap, non-toxic, versatile plating process with a huge potential for engineering the microstructure and associated properties of the Fe-C coatings is now addressed in the project. With systematic lab-scale experiments, the plating process is optimized and challenges of upscaling for final implementation into industrial processing are tackled. These imply, for example, the risk of oxidation of Fe2+ to Fe3+ in the electrolyte, which even in case of low concentrations of Fe3+ will reduce the current efficiency and cause the coating to become brittle, stressed and pitted. After two years of development, a proof-of-concept has been established for an innovative process being able to handle the oxidation without chemical adjustment and being able to produce hard Fe-C coatings with similar wear resistance as hard chrome. Thorough microstructure characterization using state-of-the-art and complementary characterization techniques reveals the internal structure of the Fe-C coatings and enables understanding of its growth as a prerequisite for further tailoring of the plating process and, hence, the coating properties. As a next step towards successful implementation into industrial processing for large-scale synthesis of the hard and wear resistant surfaces, the Fe-C coatings will be tested on pilot-scale under surface lubrication, being typical for bearings or gears. While lubrication straightforwardly handles the main concern for the Fe-C coatings, its low corrosion resistance compared to hard chrome, further development and dedicated plating solutions are considered to solve the corrosion issue and, thus, widen the applicability of the Fe-C coatings while maintaining the mindset of a feasible and environmentally friendly process. The combined strengths of the stakeholders allows to act on specific needs from the industrial partners and brainstorm about possible solutions with experts from both academia and industry.

Professor Per Møller, from the Department of Mechanical Engineering at the Technical University of Denmark was awarded the prestigious ”William Blum’s Scientific Achievement Award” on June 20th, 2017. The coveted prize within surface technology research is awarded by NASF (National Association for Surface Finishing) in the US.

The prize is awarded to a person, who in theoretical as well as in practical ways has contributed to ground-breaking research within electro-chemical surface treatment. The prize award took place as part of the opening ceremony at the US SUR/FIN-2017 conference in Atlanta, Georgia. 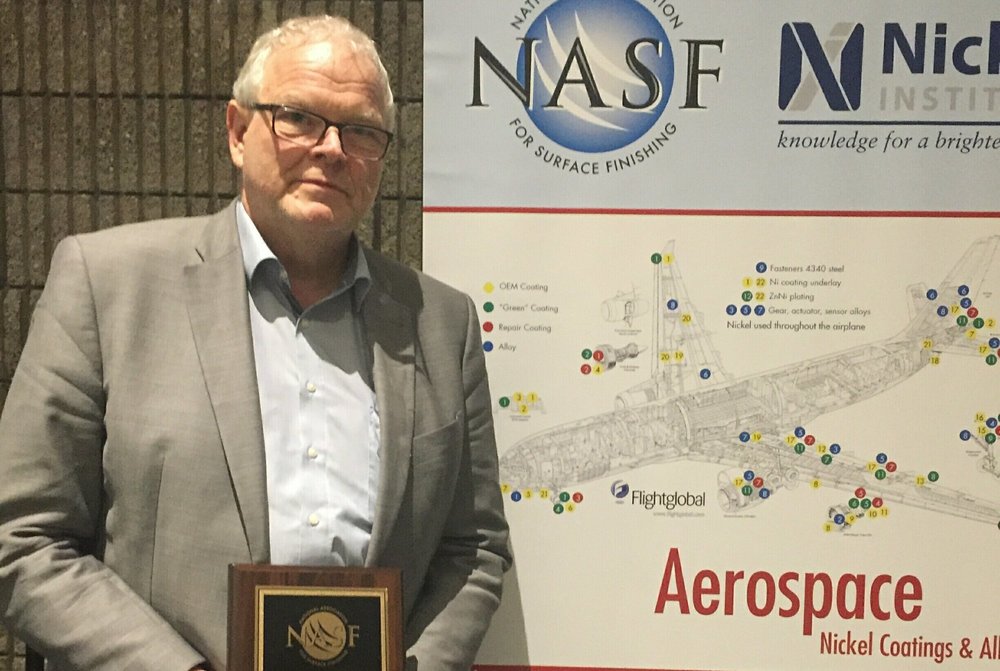 Per Møller in Atlanta, Georgia

Only a few scientists outside the US have received the award. One of the most well-known within the area, is the German professor Ernst Raub, who received the prize in 1974 in honor of his development of the modern theory behind electroplating.

A unanimous prize committee justified the award with the fact that professor Per Møller for many years has contributed internationally to the field of electroplating as well as to the scientific literature by publishing the book “Advanced Surface Technology - A holistic view on the extensive and intertwined world of applied surface engineering”. About the book NASF says “It’s the greatest and most important work within surface technology for the last 40 years”. The book is written in cooperation with Lars Pleth Nielsen, who is director and surface technology researcher at Danish Technological Institute.

With the honorable prize comes the obligation of giving the” William Blum Memorial Lecture”. Professor Per Møller will give this lecture targeting on his research fields at the SUR/FIN conference in Cleveland, Ohio, 2018.

With this award, professor Per Møller places a highly visible and distinguished pin of Danish advanced surface research and development on the world map.

The tribology centre at Danish Technological Institute, a Fast Track partner, have just sent out this newsletter. As a part of a Fast Track R&D project, they have developed a new titanium diboride coating which has been optimized for cutting in non-ferrous metals. 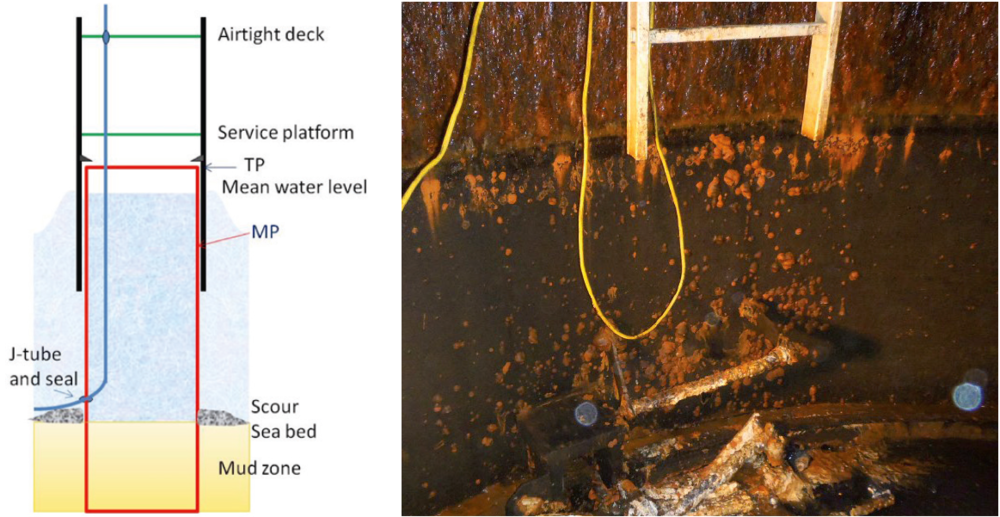